“May the winds of fortune sail you,
May you sail a gentle sea.
May it always be the other guy
who says this drink’s on me.”

Throughout the years St. Patrick’s Day has become synonymous with the color green, beer and even green beer. While we have nothing personal against green beer, or any beer for that matter. We wanted to take this time to talk about some of the forgotten yet important aspects of the Irish Holiday. 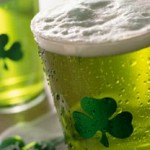 Still refreshing despite the different look.

St. Patrick’s Day became an official holiday when it was declared a feast day in the 17th century by the Catholic Church. For Christians, the day commemorated the arrival of Christianity in Ireland as well as Saint Patrick. And while some people attend church services on this day, most people around the world have their own way of celebrating…drinking!

But the day mean so much more, the Irish have a vast history just waiting to be explored!

St. Patrick’s Day was first celebrated in America around 1762 in Boston. Most people believe the parades came with the Irish immigrants who first celebrated in their new country. However, that is not the case as the first St. Patrick’s Day parade was staged in New York City. As the tradition grew and grew other countries took notice and began follow. Today the largest St. Patrick Day parades can be found in Dublin, New York City and Birmingham. 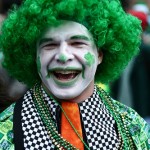 Another tradition that started in America was the requirement of wearing all green. Those of us who have foolishly decided not to participate in this tradition have the red arms to remind us not to make the same mistake again. However in Ireland it is common to find people dressed in green and white tri-colored shirts, typically with an orange under shirt.

Traditionally Corn Beef and Cabbage was not, Corn Beef and Cabbage. The Irish originally ate their cabbage with quality bacon. As more and more immigrants arrived in America they were unable to afford such a high quality ingredient. Therefore corned beef was introduced to the recipe and history was made! If you do have the opportunity to add bacon, we highly recommend it, very tasty!

Be on the look out for our special St. Patrick’s Day menu, coming soon!

Sales Tax and gratuity are not included in the listed prices. Please place your order as soon as possible. Normally we are able to fill your order with a 48 hour notice. If you are faced with last minute arrangements, we will make every effort to accommodate your request, although some selections may be limited.